Hi! Sorry to keep you waiting! Welcome to the world of Pokémon!

The best-designed Pokédex and the most immersive and amazing map are both from gen 2, Gold/Silver/Crystal (GSC). However, the best-designed environment and the most logical villains are from gen 3, Ruby/Sapphire/Emerald (RSE). The inclusion of weather states that both affect the in-world and in-battle experience, dual-player battle mode, the addition of Dive as an environmental exploration technique: it all added up to superb gameplay. Not that I ever fucked with the secret base thing. Waste of time, IMO.

The only thing missing from perfect gameplay in RSE is the physical-special division battle system, which originated in gen 4, Diamond/Pearl/Platinum (D/P). Previously, attacks were calculated on either the physical or special attack stats of the attacker based on the attack's Pokémon type: all water attacks were special, all flying attacks were physical, ghost was physical (??), dark was special (????), psychic was special, et cetera. Pokémon of a certain type who used an attack of that same type received a STAB, same-type attack bonus, which I think is like +25% damage to the opponent. So the savvy player would populate her team's move slots with as many STAB attacks as practical, although not too much, because you need a spread to counter all possible opponents, obviously.

With the advent of the physical-special division, attacks largely retained their Pokémon types, but were reassigned as physical- or special-calculated based on whether or not the attack "makes contact" with its target. For example, Fire Punch, a move introduced in gen 1 (great move btw), is obviously a fire-type move. Before gen 4, its damage would be calculated based on the user's attack stat, not its special attack stat. But in gen 4, it was rightfully reassigned as a physical move, since it involves punching the opponent in the face. Gamechanger!!! Suddenly, a poorly competitive Pokémon, say a fire-type Pokémon with a high native attack stat but a low special attack, could dominate the field using a physical attack while still receiving STAB.

Hence, the pinnacle of the Pokémon series occurred in HeartGold/SoulSilver (HGSS), the GSC remake that incorporated the best of every world: the day/night cycles, great starters, and killer map of GSC, the physical-special battle split of D/P, the cute way the first Pokémon in the party would follow you like Pikachu from Pokémon Yellow. While HGSS succumbed to the fatal flaw of later generations, making everything 3D for some fucking reason instead of the adorable 2D pixel art, it still has enough chunky nostalgia—particularly in the fight screens—to retain the player's goodwill. 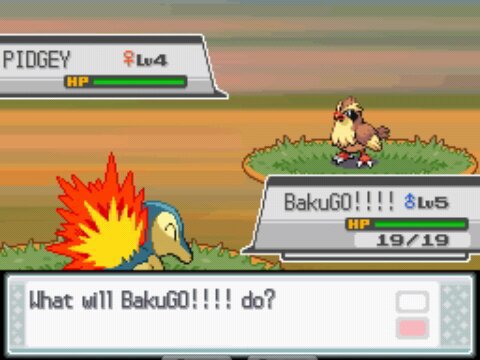 Does someone even exist who is interested enough in Pokémon to read this whole essay, yet is nonetheless disinterested enough to be ignorant of the contemporaneously earth-shattering physical-special division battle system? No idea. But if that's you, I'm glad you're here. If you already knew about the physical-special split, share your thoughts on whether it wrecked your gameplay or drove it to new heights.